Innovative Systems has been serving the Arkansas area since 1994, providing IT Support such as technical helpdesk support, computer support, and consulting to small and medium-sized businesses.
Categories
Tags In order to produce the results that your business’ customers demand, it is essential that your team work together. This collaboration comes in several forms, but if one person struggles, it can be a dire development for any project or service delivery. This month we thought it would be useful to outline what effective collaboration looks like and give you some insights into how technology fuels most of your business’ collaborative efforts.

Tip of the Week: Handy Shortcuts in Google Chat Google Chat, a worthy successor to Google Hangouts, is a great tool for users that can help them be more productive throughout the day, but did you know that you might be missing out on a ton of functionality by forgoing some of these keyboard shortcuts? Let’s go over some of the most helpful ones and how you can use them to get more out of this tool.

The 5 Essential Features to Seek from a Conferencing Platform These days you’d be hard-pressed to find a company that is not equipped to handle video conferencing in some way. The pandemic led many organizations to adopt these platforms, and as a result, these platforms have seen a dramatic increase in functionality and capability. We’d like to discuss some of the best features that your organization can take advantage of with video conferencing solutions. With the addition of end-to-end encryption to Google’s Android Messages application, we have a perfect opportunity to discuss the concept of encryption and why it is so important. Let’s dive right in, shall we?

Improving Your Business Communication for the New Remote Normal The fact that many of their workers never see each other has led to some interesting shifts in the way that businesses approach communications. They used to just walk across the room and have a conversation, but as people try to make sense of the hybrid work environment, communications will continue to be a key. Let’s take a look at how your internal and external communications strategies will change to meet the needs of your roving workforce.

Going Over the Basics of Collaboration Solutions With businesses depending on technology more now than ever, it stands to reason that the collaboration solutions that are available would improve as demand increases. Today’s business needs a collaboration solution that allows them to communicate, manage tasks, and be a reliable solution for teams separated by more than just a wall. Let’s take a look at the modern collaboration tool and how they provide powerful benefits for the modern business.

How VoIP Can Help the Business that Adopts It For all the communication services and tools available to businesses nowadays, the telephone remains a staple in everyday processes—despite it often being difficult to manage and expensive to maintain. This is largely because today’s technology enables businesses to use a telephone system that exceeds the capabilities once provided by telephony, for a far more manageable investment.

How Not to Teach Your Team About Phishing, Courtesy of GoDaddy GoDaddy—the domain registrar and web-hosting company once famed for its risqué advertisements—is facing some significant backlash for a much different reason. On December 14th, GoDaddy’s employees received an email that appeared to be from the company, promising a holiday bonus. However, while the email was from the company as it appeared to be, it was actually a phishing test that the hosting provider decided to run.

Is 2021 the Year Your Business Embraces VoIP? (It Should Be) Since its widespread adoption, the telephone has proved to be a hugely beneficial tool for businesses of all kinds… despite the considerable costs that it can incur. Fortunately for your business’ budget, however, there is a far more cost-effective means for you to enjoy the benefits of telephony: VoIP, short for Voice over Internet Protocol. Let’s go over some of the reasons why VoIP is just a better option for any business.

Tip of the Week: 5 Ways to Improve Mobile Business Etiquette Mobility is important to today’s workers and can be valuable to many different types of businesses; so much so that businesses demand that employees stay connected. Sometimes, especially when in public, this can become a social problem. Today, we will discuss mobile phone etiquette and five ways that you can improve yours.

Why is VoIP Seen as Such a Great Business Solution? Voice over Internet Protocol, or VoIP, is a common business communication solution nowadays… but it is still possible that you aren’t aware of what VoIP is and the many benefits it can deliver to your operations. To remedy this, let’s briefly review the concepts behind VoIP, and how your business can embrace them to its advantage.

Gmail Templates Can Speed Up Your Communications Email is one of the most popular business communication tools, with Google’s Gmail service being a popular choice with a market share of around 33.7 percent. It therefore makes sense that a lot of time is spent using Gmail, time that you might like spent on other initiatives. To help reduce the amount of time spent in Gmail on routine correspondence, we’re sharing how you can use Gmail templates to get the job done. 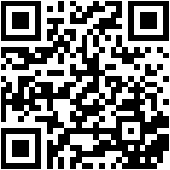